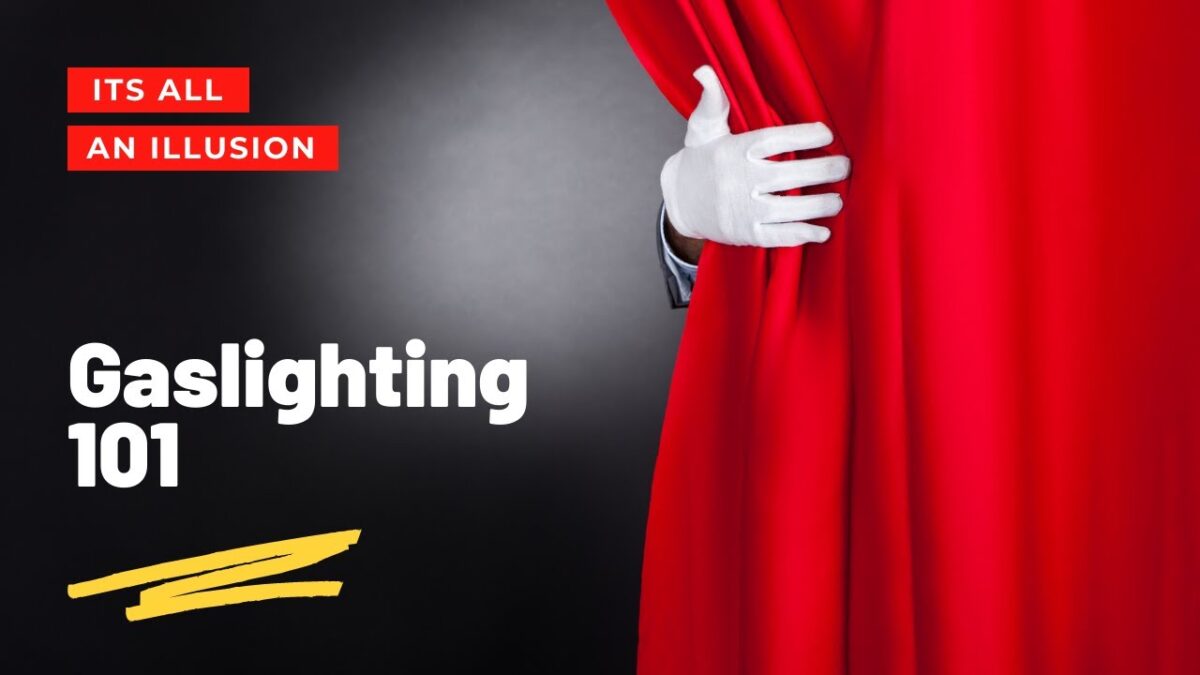 Live discussion with Dr. Dawn Elise Snipes on coping with anxiety and depression and other physical and mental illnesses with an integrative behavioral health approach . A Quickstart guide to identifying and recovering from gaslighting behaviors (#gaslighting #addiction #anxietyrelief #election2020 ) and more…

Gaslighting is the act of manipulating a person by forcing them to question their thoughts and the events occurring around them and is a form of emotional abuse
A victim of gaslighting can be pushed so far that they question their own sanity and develop clinical depression and anxiety because they feel unsafe, and powerless.
To gain power/control/money
To do or get away with something they want
Very common behavior among people with antisocial or narcissistic personality disorder and people with addictions

Note: People with antisocial and narcissistic personality disorder have very little (if any) empathy. Think Ted Bundy.
Tell blatant lies (No proof/ No basis in fact)
Deny something is true or that they said something, EVEN when the victim has proof
Creates fears and insecurities about other things (i.e. safety or goodness) to prevent the victim from looking at the gaslighting behavior
Will manipulate things to make it appear the victim is crazy or simply tell them they are wrong and dismiss their concerns
They align others against the victim finding people who won’t question their version of reality even calling the victim crazy
Use things the victim cherishes as ammunition (kids, identity, freedom)
They wear the victim down — repeating the same lies and manipulations and getting others to repeat the same lies until the victim just doesn’t have the energy to fight and gives in to their “superior knowledge”
Their actions do not match their words. Example: They say they want a good relationship, but regularly insult the victim and do whatever they want irrespective of the victim’s wishes.
They throw in occasional reinforcement, giving a compliment or feigning to take the victims perspective for a moment, to make themselves appear as “good”

Symptoms of victims
Being more anxious and less confident than you used to be
Feeling angry and powerless
Hopelessness and anhedonia (depression)
Feeling like everything you do is wrong and believing it’s your fault when things go wrong
Apologizing often even for things you don’t believe are your fault.
Feeling something’s wrong, but being unable to identify what it is
Often questioning whether your response is appropriate (e.g., Wondering if you were too unreasonable)
Isolating to avoid confrontation
Finding it increasingly hard to make decisions
Focus on what you CAN change (PACER) to create safety and empowerment
Physical
Safety
Sleep
Nutrition
Avoiding addictive behaviors
Physical health
Affective
Do things that help you feel happy
Acknowledge anxiety and anger nonjudgmentally and respond with TOWARD thoughts and behaviors that use your energy purposefully
Focus on what you CAN change (PACER)
Cognitive
Practice hardiness
Focus on authenticity not approval
Find the facts / collect evidence to help you confirm the truth for your own sanity
Give yourself permission to feel your feelings
Let go of the wish for things to be different
Environmental
Seek safety
Surround yourself with support
Eliminate things in the environment that trigger your anxiety
Focus on what you CAN change (PACER)
Relational
Develop healthy detachment / good boundaries
You cannot control anyone’s opinion, even if you are right. Don’t debate what is true
Be assertive and refuse to tolerate being yelled at or called names (if it is safe…otherwise seek safety)
Recognize the gaslighter will never admit responsibility or openly consider the facts. (Doing so would mean they had to admit wrongdoing)