A person’s overall pattern of employment, including pay, hours, schedule flexibility and job security, influence mental and physical health as well as the risk of being injured on the job, according to new research.

“This research is part of a growing body of evidence that the work people do — and the way it is organized and paid for — is fundamental to producing not only wealth, but health,” said senior author Noah Seixas, a professor of environmental and occupational health at the University of Washington.

According to researchers, technology and other forces are changing the nature of work. The traditional model of ongoing, full-time employment with regular hours and job security is giving way to gig-economy jobs, short-term contracts, nonstandard work hours, and flexible employer-worker relationships.

Current models for understanding this work are too simplistic, according to first author Trevor Peckham, a UW doctoral student in environmental and occupational health sciences. Studies of a single aspect of employment may not capture important elements of jobs that influence health, he noted.

“Employment relationships are complex,” he said. “They determine everything from how much you get paid, to how much control you have over your work schedule, your opportunities for advancement, and how much protection you have against adverse working conditions, like harassment.”

For the study, the researchers used data from the General Social Survey collected between 2002 to 2014 to create a multidimensional measure of how self-reported health, mental health, and occupational injury were associated with the quality of employment among approximately 6,000 US adults.

“There are many different forms of employment in the modern economy,” Peckham said. “Our study suggests that it is the different combinations of employment characteristics, which workers experience together as a package, that is important for their health.”

One of the most surprising findings, according to the researchers, was for “optimistic precarious” job holders, which includes service-sector workers with high empowerment, such as florists. The researchers found these workers had similar health to those in standard employment, despite having jobs characterized by insecurity, low pay, and irregular hours. However, these workers report high control over their schedules, opportunities to develop, and involvement in decision-making.

“Our research has direct implications for policy,” said co-author Anjum Hajat, a UW assistant professor of epidemiology. “As we have seen at the local level, Seattle City Council has been actively promoting policy solutions to improve workers’ lives.”

Those solutions include the secure scheduling ordinance, minimum wage, and family leave policies. These approaches show “the interest and appetite for change,” she said.

Researchers and policymakers must continue the dialogue with employers “to demonstrate the benefits of increased worker security and stability on employee turnover, productivity and, ultimately, their bottom line,” she said.

“Using policy and legal levers to influence how people are hired and treated at work can have profound effects on improving the health of workers and their communities,” Seixas added.

The study was published in the Russell Sage Foundation Journal of the Social Sciences.

Employees who work for abusive bosses are more likely to report unfairness and work stress, and consequently become less committed to their work or even retaliate, according to a new study published in the Journal of Management.

The findings highlight the consequences of abusive supervision, which is becoming increasingly common in workplaces, says coauthor Liu-Qin Yang, an associate professor of industrial-organizational psychology in Portland State University’s College of Liberal Arts and Sciences.

“Stress is sometimes uncontrollable. You don’t sleep well, so you come in late or take a longer break, lash out at your coworkers or disobey instructions,” Yang said. “But justice is more rational. Something isn’t fair, so you’re purposely not going to help other people or when the boss asks if anyone can come in on a Saturday to work, you don’t volunteer.”

For the research, the team evaluated 427 studies in order to better understand why and how bullying bosses can lower “organizational citizenship behavior” (the helpful things you do that aren’t part of your job requirements) and/or increase “counterproductive work behaviors.”

Examples of counterproductive work behaviors include coming in late, taking longer-than-allowed breaks, doing tasks incorrectly or withholding effort, all of which can impact coworkers and workplace productivity.

The research team attributes the negative work behaviors to either perceptions of injustice or work stress. With perceptions of injustice, employees who are bullied by their bosses see the treatment as unfair in comparison to the effort they’ve put into their jobs. In response, they’re more likely to purposely withhold from the unpaid extras that help the organization, like helping coworkers with problems or attending meetings that are not mandatory. They are also more likely to engage in counterproductive work behavior such as taking longer breaks or coming in late without notice, Yang said.

An abusive boss can also lead to work stress, which reduces an employee’s ability to control negative behaviors or contribute to the company in a positive way. The findings show that fairness (or lack of it) accounted more for the link between abusive supervision and organizational citizenship behavior, while work stress led to more counterproductive work behavior.

The researchers recommend that companies take action to reduce abusive supervision. Among their suggestions: 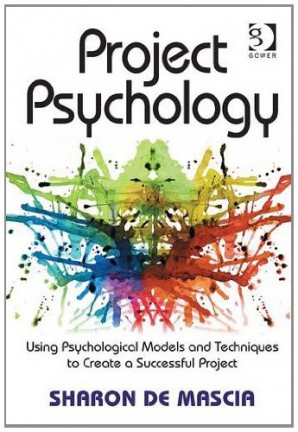 Ostensibly, Project Psychology is all about applying psychological understanding and techniques in the course of project management and change management. Just don’t expect to learn very much about how exactly to do that.