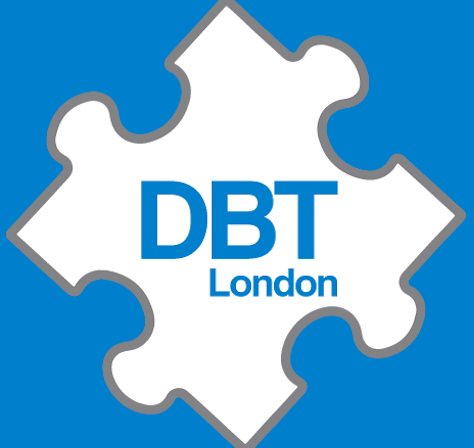 Borderline Personality Disorder or BPD, like so many other types of mental illnesses, is a mystery in the sense that the causes are still not totally understood. Many believe that there is some traumatic event in childhood such as physical, sexual, or emotional abuse could play a role in someone developing BPD. However, the research on this disorder still remains in its somewhat early stages. The reason is that BPD wasn’t officially recognized until 1980. As much of a mystery as it is, we will try and explain some of the most common traits of BPD in this article.

One of the top defining traits of BPD is the fear of being abandoned. The mere idea of being alone terrifies those suffering BPD and it can cause them a large amount of anxiety. Whether or not the threat of being abandoned is real or it’s imagined, it still can create an extremely strong response with those who suffer from this disorder. They may do any or all of the following:

For those who suffer from BPD, it really does not take very much to trigger their fear of abandonment. It might be something as small as the person having to go to work or some other very mundane thing. But, in the mind of a person suffering from BPD, they believe they are being betrayed by those they trust the most in their lives.

Such feelings as isolation, pain, panic, terror, and anxiety are extremely real to them.

In a way, a person with BPD often feel like an abandoned child. They are continually looking for a person to take care of them. They want a person that will make them feel secure but most important, give them a sense of identity. Unfortunately for a person with BPD don’t seem to understand that others besides themselves have their own needs and they simply can’t sustain such exhausting and intense types of relationships and because of this, this will bring disappointment for the person with BPD.

Because of their constant searching for any sign of betrayal, even the most insignificant or normal actions might look like betrayal, no matter how much the other person tries to reassure them it really isn’t the case. This leads to disappointment and a pattern of devaluation and idealization. This type of pattern is a defining BPD trait.

On one side, those with BPD look for a connection and intimacy while on the other side, the behavior they exhibit can spell disaster for their relationships. If a partner o a family member is able to satisfy their needs emotionally, they are going to idealize and love them. But, if in their mind, the person makes some sort of mistake, they will immediately devalue and hate them. There is never anything in between for them. The emotional roller coaster they are on helps to make unstable and exhausting relationships.

Having a stable self-image will guarantee us a consistent experience even if everthing around us changes. Even if we struggle when things are in a mess, we still know we have ourselves to rely on. This is because we can trust our thoughts as well as knowing what we expect from ourselves.This means:

People who suffer from BPD don’t have that solid self-identity, therefor their behavior can be erratic, confusing and tend to have trust issues. Those with this disorder really are not sure who they really are, and even how to behave. So, this means they are always looking at other people for direction in their lives. This makes it extremely difficult for other people to understand them, and this can result in very unhealthy relationships.

Because of their unstable self-image, those with BPD will struggle with a variety of self-esteem problems. If they don’t really know who they are, then how will they know if they even deserve respect? This means that they will often base their self-esteem on their last failure or achievement.

By not knowing who they are, those suffering from BPD might feel like they are fake or that they really don’t exist. Some with BPD will become like a chameleon and develop different personalities. This behavior will depend on who they might be dealing with. Since they tend to be so dependent on other people to give them the right cues about how they should behave, BPD people often feel lost and empty when there isn’t anyone around them. They tend to use their relationships to try and fill the void they are feeling.

When there is a feeling of emptiness, antisocial tendencies, and the constant search for an identity, leads to having lower impulse control This means they often will indulge in self-harming and reckless behaviors such as:

In order to support this type of lifestyle, BPD people might beg or steal. Often they might blackmail their friends and families into giving them what they want, such as money, because of fear that they might embarrass them if they stole the money from others.

It’s very common to see those with BPD having eating disorders as well. Research shows that 53.8% of all BPD patients will meet the criteria for eating disorders with bulimia and anorexia being the most common.

According to experts, 70% of all people with BPD will actually attempt suicide and about 10% of them will actually die via suicide. This does not include people who end up dying from other behaviors that are risky such as overdosing or drunk driving. In their minds, any physical pain can be a distraction from the emotional pain they are experiencing and for some, it could be their only way of showing other people that they are in need of help.

Self-harm such as burning, breaking bones, and cutting are not the only ways they can hurt themselves. They might also provoke physical fights, drink and eat until they become sick, or drive recklessly deliberately.

Some who have BPD will threaten to hurt themselves or commit suicide to get the attention they are looking for. They often will try to manipulate their loved one into staying with them or forcing family members to give them money.

Those who suffer from this disorder will tend to have extreme mood swings. This means they can go from extremely happy to extremely sad, and then from extremely sad to overly irritated, and then go from very irritated to overly anxious in just a very short time period. These changes can be disproportionate to what triggers them. Like crying over something that’s very unimportant. Making things even worse, they don’t usually control how all of these unpredictable and extreme mood swings affect relationships with those around them, and this makes it even more difficult on loved ones.

The anger that BPD people experience is also referred to as borderline rage. This is because it’s unpredictable and the rage will often be quite irrational and it can be quickly triggered by even the most insignificant event. In just a few seconds they can go from very calm to raging anger.

When put under any kind of stress, those who have BPD might actually experience some paranoia, which can be the irrational mistrust of others in their lives. They might become very jealous or they might feel as if others are just out to hurt them or they are out to get them somehow.

To try and escape their emotional pain, they might fall in dissociation. They might not even remember all the things they may have said or done while having a dissociative episode. They often will remember things quite different than others do. The degree of this can vary anywhere from very mild to full-blown dissociative disorder.

It’s important to understand, that only a trained professional in mental health disorders will be able to diagnose Borderline Personality Disorder. Even if you truly believe that a family member or your partner has all the traits listed here, trying to discuss it with them really isn’t a very good idea for a lot of obvious reasons. It’s safer and far better if they get a diagnosis from a psychologist or psychiatrist who is well trained in the treatment of BPD.

New bill would ban conversion therapy for kids and teenagers