When our minds are super stressed out, they can also make our bodies sick. This is one of the key things that one has to look at when it comes to mass hysteria. There have been many cases over the centuries of mass hysteria and continues to this very day. Often it is difficult to convince those who have suffered from this to actually believe that what happened truly was mind over body.

Outbreaks of what has been called mystery illnesses are really far more common than you might think. Many times they are caused from a real physical problem, but quite often the cause can be directly related to psychological anxiety and stress. Mass hysteria epidemics have been recorded as far back as during the Middle Ages and believe it or not continue to this very day.

Most of the time these mystery illnesses that are caused through mass hysteria usually attack children as well as teens. It also happens more to girls than it does boys. The most common symptoms found are hyperventilation and fainting. Sometimes this mass hysteria can last for days but normally once the group of people disperse and stay away from each other, their symptoms will tend to go away.

One question that always arises is why mass hysteria doesn’t happen more often. The reason this question exists is because there are many groups that are under continual physical and psychological stress along with hunger, being tired and weak on a daily basis, can be key to mass hysteria all over the world. So, the real question here is, what is the ultimate trigger that finally pushes some groups of people totally over the edge and allows their collective minds take over their bodies?

When mass hysteria is investigated a lot of the victims as well as their family members will become very defensive over it. This is often because they think that they are being accused of having an illness that is all in their heads. This does make sense if you think about it from their point of view. The reason for this is because the symptoms they experienced were real and often they get swept up by all the anxiety and excitement of the crowd itself, so how could it be all in their heads? When they suffer from real experiences like fainting, hyperventilation, stomach pains, sweating, nausea and more, how can it not be a real physical illness?

Studies have shown that some people will more often endorse something that seems far-fetched or extreme cause for the illness instead of trying to consider that it’s really mind over body theory. A good example of an explanation for mass hysteria includes the phantom gasser in Mattoon, Illinois. People there actually believed that someone was going around spraying some poisonous mist into bedrooms of teen girls which caused them all to suffer from nausea, burning sensations in their mouths, and vomiting. This in the end turned out not to be what happened. In the 1950s, people in Washington state become very nervous about the nuclear testing going on and many began to believe that it was causing cosmic shifts in the magnetic field of the earth was causing windshield dings in their cars. These are just a couple of examples of how a group of worried people can over-interpret what is actually going on around them.

Often when people face uncertainty, their minds will crave explanations. This is especially true if they have no other way to account for symptoms they might have. If they can’t find explanations then they feel out of control and their fear will escalate. When they learn that it may be their own minds might have caused all of their real symptoms, they tend to feel even more anxious about what their own minds might do next.

Some people may end up worrying that their brains could be possessed by some sort of outside spirit, or something else that has taken over their own willpower. Or as a group they might latch onto something like a mysterious poisonous water theory, which can be common in mass hysteria.

Some psychosomatic specialists do have some physiological explanations for some of the common symptoms of outbreaks of mass hysteria. Some believe that when people get overly scared or excited they may tend to hyperventilate or start to breath far too quickly, this then leads to exhaling too much carbon dioxide. When the body has low levels of carbon dioxide can cause muscles to spasm and lead to numbness, muscle twitching, and tingling in some mass hysteria victims. It is also a fact that if these people are told to breath into a paper bag, the symptoms will disappear quickly. When a group of people are in a heightened state of anxiety the victims will quite often all notice and misinterpret these normal physical sensations.

For some who are in the middle of mass hysteria may think that their gurgling stomach is a sign of food poisoning and when people start grabbing their stomachs and fall to the floor, the fear level can heighten and others might follow suit and fall to the floor also. It is the sheer force and the power of group dynamics that seems to take over and then people around them tend to get swept up with the rest of the crowd.

Popularity of Person Has Influence

Quite often, mass hysteria can start because of someone who tends to be popular in a crowd. In one investigation there was a sudden outbreak of a mysterious illness at a grade school. Children were rehearsing for an upcoming performance. While practicing all of a sudden 30 of the children started grabbing their stomachs and they all fainted. The principal of the school said that it all began when one of the more popular children fainted and soon after the rest of them all followed suit. As the study progressed, it was apparent that the stress of the situation did cause their minds to make their bodies sick and it was more proof that in a group setting it can get out of control and that mas hysteria can strike anyone, anywhere, at anytime. 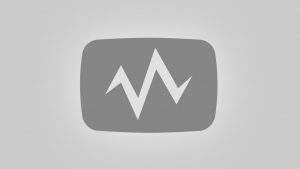 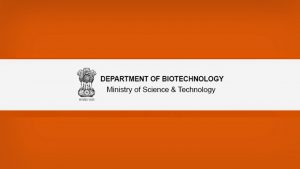