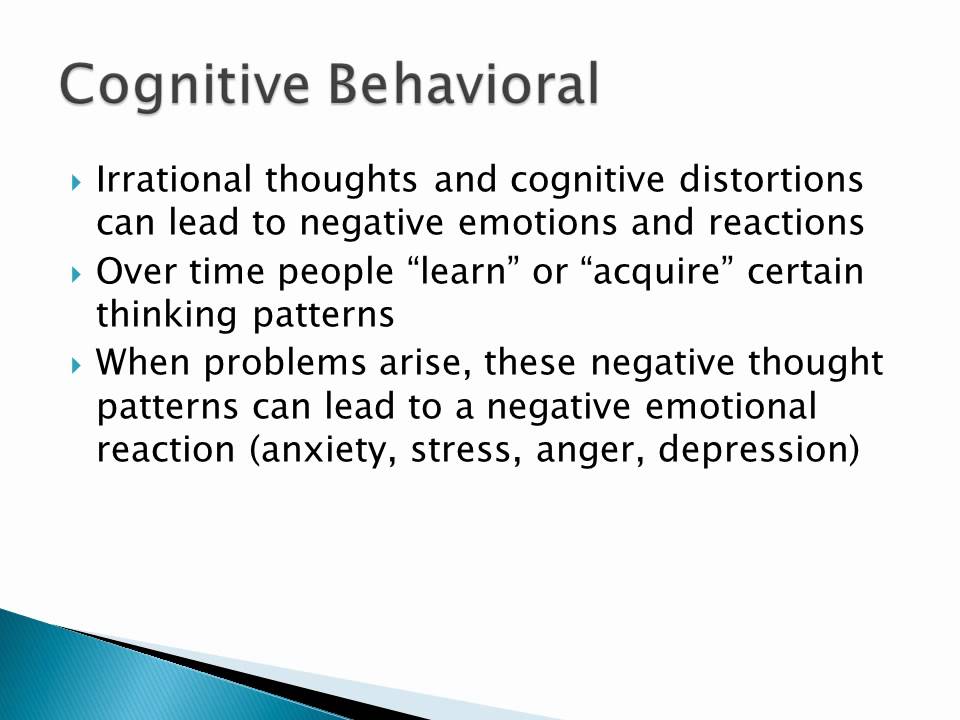 Theories of Addiction and Co-Occurring Disorders
 Theories of Addiction and
Co-Occurring Disorders
 Dr. Dawn-Elise Snipes Ph.D., LMHC, CRC, NCC
 Executive Director, AllCEUs.com
 Learner Objectives
 Describe the following theories of addiction
◦ Moral Theory
◦ Disease Theory
◦ Learning and Behavioral Theory
◦ Sociocultural Theories
 Describe the theories of mental disorders
◦ Cognitive Behavioral
◦ Biological and Genetic
◦ Learning Theory
 Co-Occurring Disorders
 Addiction Theories
 Moral Theory
 Addiction is the result of moral weakness
 Associated character traits/defects include:
◦ Gluttony
◦ Sloth
◦ Envy
◦ Pride
◦ Anger
 Recovery is achieved through the use of willpower and discipline, and the development of a virtuous lifestyle
 Disease Theory
 Addiction is caused by a physiological deficit making the person unable to tolerate the drug
 Diseases are incurable, progressive and fatal if left untreated
 Learning and Behavioral Theory
 Addiction is learned both through observation/vicarious reinforcement and direct experiences
 People learn through observation that addictive behaviors can be used to:
◦ Cope with stress, depression, anxiety or anger
◦ Feel more relaxed and sociable
◦ Escape from pain
 People who find relief in a pleasurable behavior are more likely to engage in that behavior again.
 Sociocultural Theories
 Sociocultural theories expand upon learning theory
 Initiation of addictive behaviors is supported in influences in:
◦ The environment
◦ Media
◦ Social circles (Peer pressure)
 Mental Health Theories
 Cognitive Behavioral
 Irrational thoughts and cognitive distortions can lead to negative emotions and reactions
 Over time people “learn” or “acquire” certain thinking patterns
 When problems arise, these negative thought patterns can lead to a negative emotional reaction (anxiety, stress, anger, depression)
 Biological and Genetic
 Imbalances in neurotransmitters such as GABA, norepinepherine and serotonin can lead to negative emotional states
 It is thought that some mental health disorders are passed on through genetics
 Additionally poor nutrition, unsafe environments and lack of adequate rest can lead to similar neurochemical imbalances
 Learning Theory
 Depression, anxiety and anger are often related to cognitive distortions and thinking errors
 Children learn through observation and direct experience how to think about and react to certain situations.
 When children are exposed to people who display cognitive distortions, then they acquire those same dysfunctional ways of reacting.
 Co-Occurring Disorders
 In American society most people with addictions have a concurrent mental health disorder
 The Mental health disorder may have come first, and the person may be self-medicating with the addiction
 The addiction may have come first and caused
◦ Neurochemical changes leading to depression and anxiety
◦ Changes in the social support and environment of the person leading to reactive depression, anxiety and/or anger
 Summary
 There are a variety of explanations of where an addiction comes from
 Most people with addictions also have mental health issues
 Co-occurring disorders must be treated concurrently otherwise you have
◦ A depressed clean person who is likely to use again to make the negative feelings stop
◦ An addict who is regularly disrupting his biopsychosocial environment causing stress and depression