Andrew Chanen – Personality disorder in young people: now is the time to act 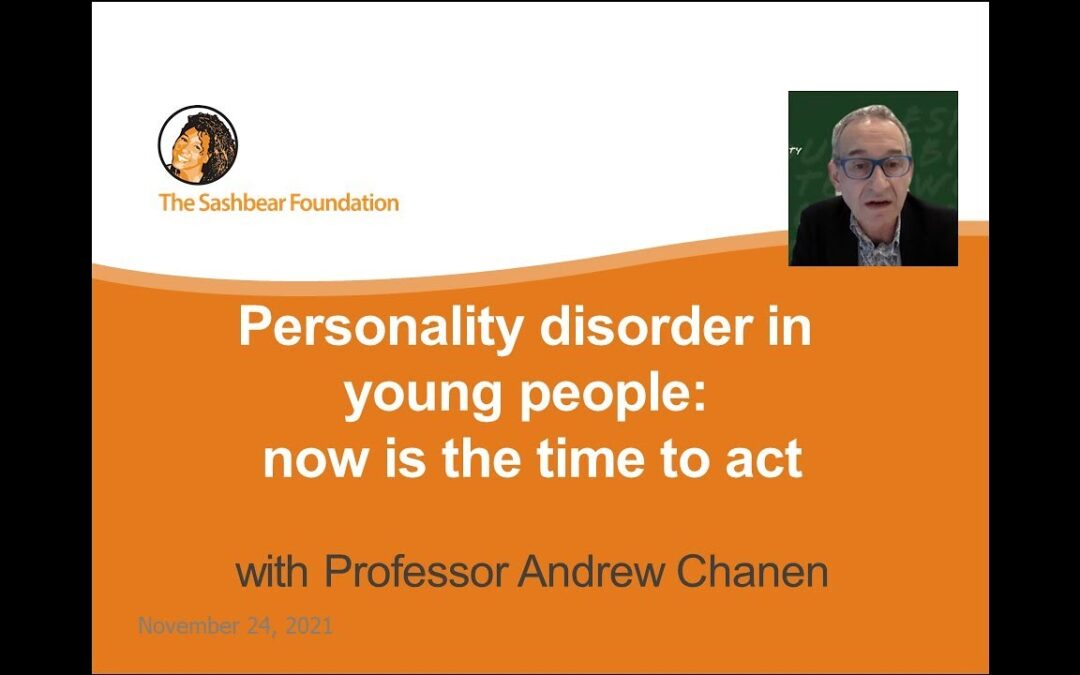 Have you wondered why professionals are reluctant to diagnose BPD in youth?
Or wondered what can be done earlier to help youth who are dealing with the challenges of emotion dysregulation and personality disorder?

Personality disorder usually has its onset in the period between puberty and emerging adulthood (young people) and has enduring effects on education, employment, social relationships, mental and physical health, quality of life and life expectancy. Yet, diagnosis of personality disorder is often delayed and ‘late intervention’ or ‘no intervention’ is common, reinforcing therapeutic pessimism about people with personality disorder. Over the past two decades, a large body of research has provided a firm basis for establishing early diagnosis and treatment. Moreover, effective early intervention is not reliant upon availability of specialist psychotherapy. However, in order to fully realize this ambition, we must overcome discrimination from within the health professions and integrate early intervention for personality disorder with mainstream youth mental health services.

Andrew Chanen is Director of Clinical Programs and Services and Head of Personality Disorder Research at Orygen in Melbourne, Australia, and a Professorial Fellow at the Centre for Youth Mental Health, The University of Melbourne.
Chanen’s clinical, research and knowledge translation interests lie in prevention and early intervention for severe mental disorders, principally personality disorder, along with mood and psychotic disorders. He established and directs the Helping Young People Early (HYPE) prevention and early intervention program for severe personality disorder in young people. HYPE has been recognised with several awards for advancing healthcare. He has over 170 scientific publications. He serves on several Editorial Boards and on a number of expert mental health groups. He is a Past President of the International Society for the Study of Personality Disorders and the recipient of the 2017 Award for Distinguished Achievement in the Field of Severe Personality Disorders Disorders from the Borderline Personality Disorder Resource Centre and Personality Disorder Institute, New York.